The U.S. Chemical Safety Board (CSB) released its final investigation report into the August 31, 2017, fire at the Arkema chemical plant in Crosby, Texas. In the days leading up to the incident, an unprecedented amount of rain fell at the plant due to Hurricane Harvey, causing equipment to flood and fail. As a result, chemicals stored at the plant decomposed and burned, releasing fumes and smoke into the air.

The Arkema chemical plant manufactures and distributes organic peroxides used to produce consumer goods such as solid surface countertops and polystyrene cups and plates. Some of the organic peroxides produced at the plant must be kept below 32 degrees Fahrenheit to prevent them from decomposing and catching fire. Under normal operation, the organic peroxides are stored in low temperature warehouses and shipped in refrigerated trailers.

Extensive flooding caused by heavy rainfall from Hurricane Harvey caused the plant to lose power and backup power to all of the low temperature warehouses. Workers at the Arkema facility moved the organic peroxides from the warehouses to the refrigerated trailers, which were then relocated to a high elevation area of the plant. Three of those trailers, however, were unable to be moved and eventually flooded and failed. With refrigeration on those trailers lost, there was nothing to stop the chemicals inside from heating up and catching fire

All of Arkema’s employees were evacuated from the facility and more than 200 residents living nearby the facility were evacuated and could not return home for a week. Twenty-one people sought medical attention from reported exposures to the fumes and smoke released into the air.

In its final report, the CSB called for more robust industry guidance to help hazardous chemical facilities better prepare for extreme weather events, like flooding, so that similar incidents can be avoided. 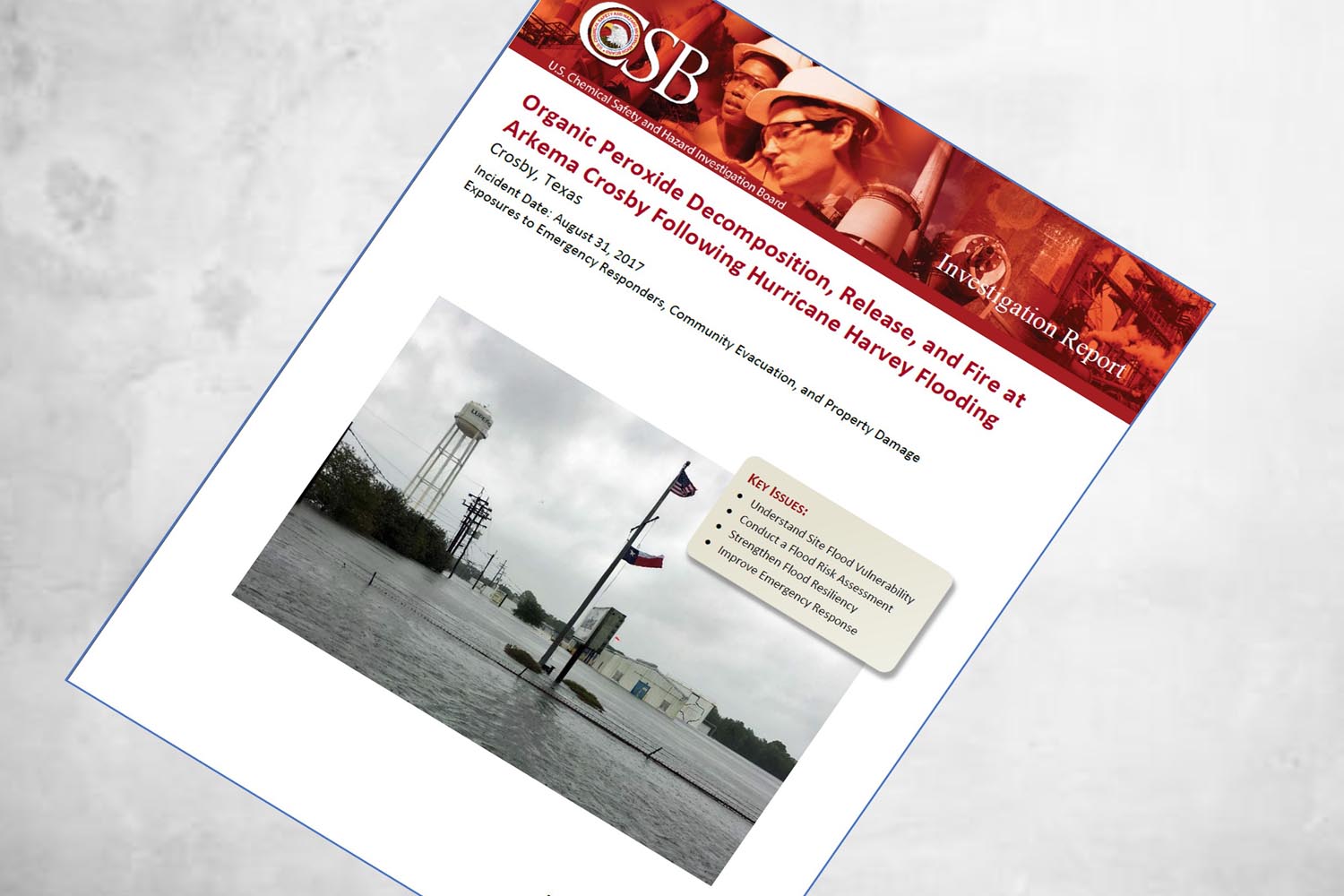